Barcelona knows that the days of relying on Lionel Messi are starting to come to an end, as he turned 33 towards the end of June.

Whilst it would be unfair to say that the Argentinian has single-handedly delivered title after title to the Nou Camp over the years, there’s no denying he has always played the starring role, from the Pep Guardiola days to more recently.

Therefore, the prospect of a Barcelona without Messi must be scaring both fans and board members alike. Just how will they cope? Thankfully for the Culés, they don’t have to worry about that just yet though.

Even at 33 years old, Messi has a lot to offer but he has grown increasingly frustrated at the situation surrounding Barcelona right now, with the club’s transfer dealings leaving a lot to be desired. Far too many big-money additions have failed over the years and quite why they haven’t freshened up the squad with younger players is baffling. So, the upcoming transfer window is massive for Barca but it’s not a time to start planning for the long term. Instead, they need to plan for the two to three years that Messi has left at such a high level.

Signing individuals who can connect with the left-footed genius to help him win a fifth Champions League has to be the priority and those in the boardroom may have to be creative as the financial situation of the Catalan giants is a concern. Yet, Messi won’t care about that. The power he has at the club is clear to see from the outside, and understandable, and he will be demanding that the team is improved to ensure they can win the big prizes. That’s not to say Barca aren’t competing just now, but when you see they are 8/1 in the football betting to win the Champions League, it highlights how they aren’t considered to be up there with the true elite in Europe right now. Instead of building a great team and winning because of the brilliance of Messi, they have been completely reliant on him to just have a chance.

So much so, there had been suggestions that the player wouldn’t renew his contract, although thankfully for Barca talks have resumed and it seems he will stay. You can be sure that during those talks Messi will have demanded new players are brought and quality is needed in key areas of the pitch. Gerard Pique, Sergio Busquets, Jordi Alba and Luis Suarez remain crucial to this team, along with Messi, even though they have been around for a long time as well. 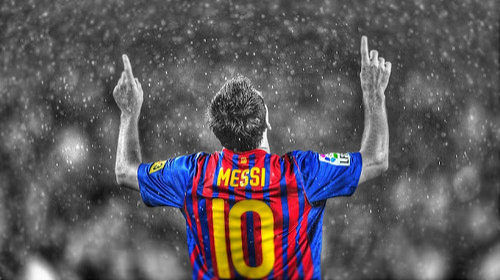 Quite simply, a major summer is needed for Barca and it’s perhaps the most important one they have had for a long time. They need to capitalise on having arguably the best player the world has ever seen by bringing in the quality that can help him deliver the Champions League and more La Liga titles. Life after Messi is going to take some getting used too but Barcelona need to ensure his final few years are not wasted by allowing him to star once again in a good team, as opposed to relying on him to get them out of the holes they seem to dig themselves.