Where Now For Eddie Howe?

The inevitable has happened. After AFC Bournemouth was relegated from the English Premier League on the final day of the season, ending a glorious five-year stay in the top fight, manager Eddie Howe has handed in his resignation. That ends an association with the club that began as a player in 1994 and was broken only by a two-year spell at Portsmouth as a player and a single year in charge of Burnley in 2011. He will go down in history as a Bournemouth legend, and probably the greatest manager in the club’s long history. He will not, however, be the man who attempts to take the Cherries back up from the Championship.

Making this decision won’t have been easy either for Howe or the club that he’s parted company with. Losing on a low note as he has done means that his stock as a manager has been damaged. Staying on and failing to win promotion would damage that stock even further. No matter which road he decided to take, he’s clearly no longer viewed as the man that the Independent described as “England’s special one” a mere five years ago. Back then, he was being spoken of as a man who would inevitably manage his country one day. Today, it’s hard to predict who’ll offer him a job at all.

Football management is a notoriously unreliable business, with a job security rating of next to zero. Howe was in a blessed position at Bournemouth because had he not decided to leave, the club would almost certainly have offered him the chance to continue as coach for next season. By saying ‘no’ to that and throwing himself to the winds of football fate, Howe is effectively playing a game of online slots with his career. He’s made his bet, and now he’s lost control of what happens next just as surely as someone spending money at an online slots website does every time they spin the reels. There are several football-themed UK online slots like “Striker Goes Wild” that turn this metaphor into a reality, but none of them offer stakes as high as those that Howe has just subjected himself to.

At the time of writing, there are only four managerial vacancies open in England. One of them is at Bournemouth, which is the job Howe has just left. Another is at Wigan Athletic, who will play in League One next season. That leaves Watford and Bristol City open to Howe as immediate options. Howe likely has more sense than to go to Watford, where managers are likely to be fired after a run of three bad results no matter how well they’ve performed in the past. Bristol City might appeal to him if he has an itch to get back involved in management as quickly as possible, but it’s doubtful that Howe will want to drop back into the Championship after such an extended stay in the Premier League. He’ll want to wait until an opportunity in the Premier League presents itself – but which club is likely to open the door? 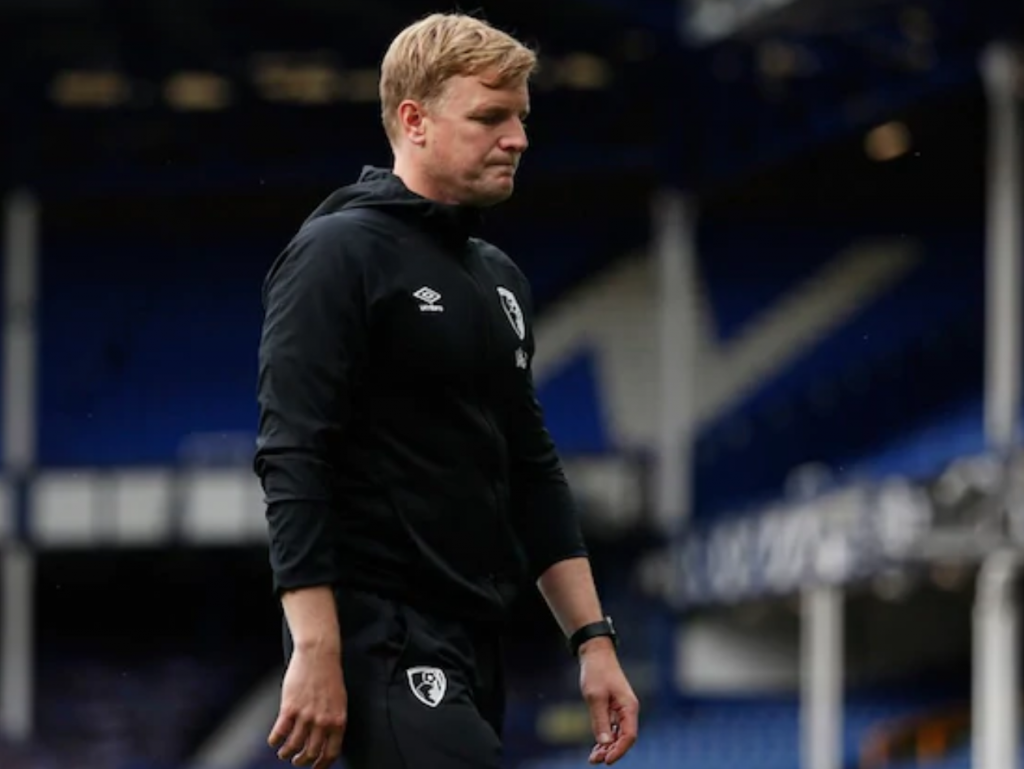 In a lot of ways, Howe found himself in a similar situation to long-serving Burnley manager Sean Dyche last season. Dyche cuts an increasingly unhappy figure at Turf Moor and has spoken out about his frustration with the board failing to back him financially. He consistently keeps Burnley away from the threat of relegation and even nudges toward European qualification on occasion, but this season five of his first-team players haven’t been able to agree on contract extensions with the club because the terms on offer aren’t good enough. That’s not even taking into account the fact that he’s never allowed to spend big on attempting to take the team to the next level. Dyche feels that he’s achieved everything he can at Burnley, just as Howe probably did at Bournemouth, but for now, Dyche is holding on. Howe has gone.

Perhaps Dyche has considered something that Howe hasn’t. Sean Dyche, as competent and successful a manager at a small club as he may be, isn’t a glamour name. It’s impossible to imagine Dyche in charge of one of the Premier League’s top six clubs. Dyche doesn’t have the name value to persuade big-name players to sign for a club in the same way that Pep Guardiola and Jurgen Klopp do, and nor would Eddie Howe. Both managers might be forever doomed to be big fish in small ponds, but for the moment, Howe doesn’t even have a small pond to swim in. When a job does present itself, it’s essential that he chooses the right option if he’s to regain the standing he had when that article was written in 2015.

There are a few Premier League posts that aren’t hard to imagine becoming available as the 2020/2021 season progresses. David Moyes could lose his job at West Ham if the club struggles again. Steve Bruce will be vulnerable at Newcastle if the club’s protracted takeover ever goes through. West Bromwich Albion has a long history of firing their managers if relegation appears to be on the cards, and Graham Potter probably isn’t counting on a ten-year stay at Brighton. Perhaps Dean Smith isn’t secure in his role at Aston Villa either, and at a push, Roy Hodgson is going to have to retire from Crystal Palace eventually.

These might not be the clubs that Howe had in mind for his next move, but looking at the Premier League landscape, it isn’t easy to see him getting in elsewhere. Of the potential avenues on offer, perhaps Newcastle would be the best long term project – but Steve Bruce will likely stay at the club for as long as Mike Ashley is there, and for all the talk of takeovers, Ashley always seems to stay in situ. Howe has opened him up to a new challenge by stepping away from Bournemouth, but he might ultimately find that the challenges on offer aren’t to his liking.

No matter how badly last season ended, Howe’s achievements at Bournemouth shouldn’t be taken lightly. He took a team from League 2 and put them in the Premier League for the first time in their history, and then kept them there for longer than anyone thought was possible. That doesn’t give Eddie Howe the keys to the kingdom anywhere else, though, and if the chance he’s hoping for doesn’t come, he may well find himself wishing he’d stayed in his seat six months from now.