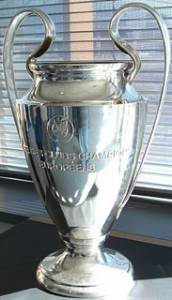 Liverpool take on Real Madrid in the 2018 Champions League final and if ever there was a final that looked like it could be a classic, this is it. Everything is set and we don’t have long to wait until May 26 when the teams will take to the pitch in Kiev. The countdown has already started in Liverpool and Madrid, and both cities will be confident that their clubs can do the business.

Liverpool took care of Roma in the semi-finals, beating them 7-6 on aggregate. We saw the best and worst of Liverpool in that tie. They were fantastic when they were attacking in the first leg but struggled when they moved to a defensive setup in the second leg. That is the danger Liverpool have going into the final; they cannot go there with a defensive frame of mind because that does not see them play to the best of their ability.

The other semi-final between Real Madrid and Bayern Munich was far more dramatic, with Madrid eventually coming out on top 4-3 on aggregate. The big shock in this game came in the first leg when Bayern Munich were at home and were expected to win. However, Madrid played brilliantly to beat them 2-1 away from home, and then came back and bagged a 2-2 draw to book their place in the final leg. This was a real advert for European football – both legs were brilliant and had fans on the edges of their seats. Hopefully, a final involving Real Madrid will bring us the same excitement levels.

Going into the game, Real Madrid are the favourites to lift the trophy. They’ve won 3 of the last 4 CL competitions, and certainly know what it takes to get the job done. Many people will fancy them to lift their fourth trophy in recent years; something that would almost certainly cement this team as one of the greatest European football teams of all time. Over at sportsbet.io, you will find many different betting markets to get involved with, whether you fancy Madrid to win or you think Liverpool will upset the odds and cause a shock in the final European football game of the season.

If there is one thing Liverpool will enjoy, it is being the underdogs. They can go into the game without too much pressure on them to succeed and knowing that the majority of people out there think that Madrid will lift another title. The record Madrid have in the competition makes them a formidable force, Liverpool can use that to their advantage, which could calm them down as the game begins, because they know expectation is low.

Not only do the bookmakers think that Real Madrid are the favourites to win the game, but football fans from all over Europe are likely to agree with them. This will put added pressure on Madrid going into the game, but if there is one team who can cope with it due to what they have done in the past, then it is Real. With such a good record in this competition and many players who have tasted success in it before, this is just another day at the office for them. You can’t buy big game experience and, as far as the Champions League goes, Real Madrid have an abundance of it and that is something that will only help them in this game.

With reasons for both teams to be relaxed, they should feel confident enough to go out and play their own game, which is something that would be fantastic to see. Both Real Madrid and Liverpool like to score goals and attack – if they go out and play like this in the final, this could be one of the greatest ever European finals.

One reason why both like to score is that they know that their defensive play can be suspect at times. Neither team have the ability and confidence in their defensive play to go out in a big final like this and think they can get a clean sheet. They know there will be goals and that is something they have to factor in when putting together a game plan. It looks highly unlikely that this game will be won 1-0; it is more likely that we will see a four or five goal thriller between these two. 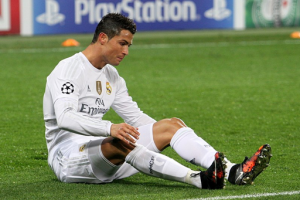 Liverpool know that their best chance of winning this game is to be attacking and try and outscore Real Madrid. The great thing for neutrals who are going to watch this game is that Real Madrid also know the same; their best chance of winning is to attack and outscore Liverpool. There is not a shortage of match winners on each team, with Mo Salah and Cristiano Ronaldo leading the way. Both of these players will be important on the night, and there is many who believe that whichever of these two players performs the best on the night will win the competition for their club. Genuine attacking talents are a joy to watch, and it would be no surprise to see both Ronaldo and Salah put on a real show in the final as they look to lift the biggest trophy in European football for their fans.

The Champions League final is always a game that many football fans look forward to, but the game this year could be extra special. Real Madrid are favourites to win the tie and their past experience will certainly serve them well. However, Liverpool will relish the title of underdogs and that will spur them on to what could be another famous European night. Both teams have the ability to play great attacking football and that is what this game will come down to. They both have match winners in their squads. We are going to see some of the very best players in the world going head to head against each other to decide who will take European football’s biggest crown.