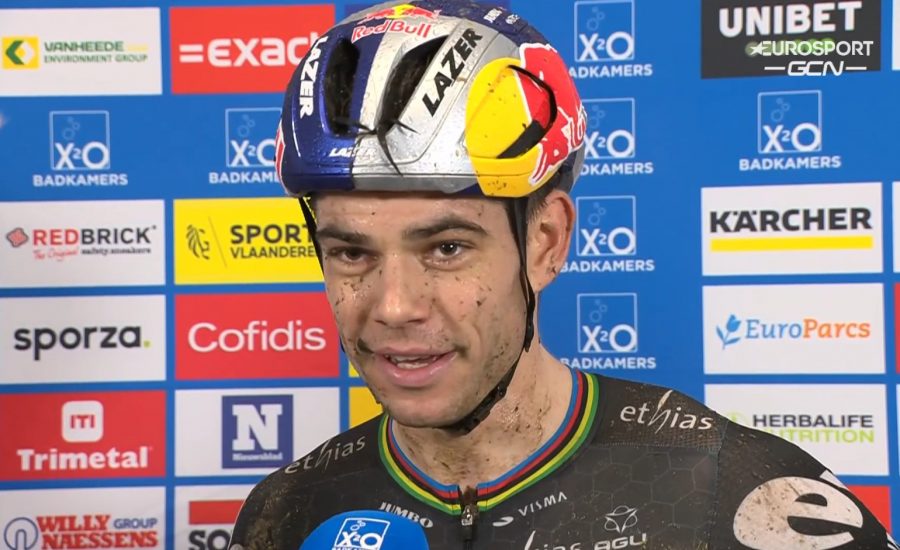 Wout van Aert has won the X2O Trophy Koksijde. Koksijde is another very exciting race on the cycling calendar. Before halfway through the race, the Jumbo-Visma rider rode away from Mathieu van der Poel and Laurens Sweeck, who had to settle for the remaining podium places. Van der Poel came second, Sweeck third. Mathieu van der Poel and Wout van Aert, the two top favorites for the X2O Trophy Koksijde, started in the second row during the Duinencross. They saw Toon Vandebosch enter the field first, but they also moved up quickly themselves. In no time they were in positions three and four, behind Vandebosche and Laurens Sweeck. The latter quickly took over on the sand course and immediately accelerated.

Van der Poel saw the danger, closed the gap and immediately continued himself. That went with such violence that he came through alone after one round. Van Aert followed five seconds behind with Sweeck and Niels Vandeputte. The latter had to pass, but the other two were able to connect with Van der Poel. It was the Belgian champion who then took the initiative.

The three stayed together and started the third round together. There Sweeck made a hole after a strong sand passage. But it was short-lived, as the two tenors soon closed the gap again. In the fourth of eight rounds, bigger differences emerged. This happened due to Van Aert, who placed a strong acceleration. Van der Poel and Sweeck soon saw the Jumbo-Visma rider disappear from sight. Van der Poel came through halfway at 18 seconds, Sweeck at 34 counts. In the continuation of the cross, Van Aert only ran further on Van der Poel, who stretched his back several times. But not only the Dutchman lost time, the gap with Sweeck also got bigger and bigger. Going into the final lap, Van der Poel was one minute and twelve seconds behind, Sweeck was one minute and 45 seconds behind. Van Aert did not have to worry anymore in the final round: he was able to triumph long before the finish line. Van der Poel came second, Sweeck third.