Preseason almost reaches it end for the big European teams, so we’re almost ready for the start of the new season. Transfer windows will be closed soon. The start of a new season is always something special for the promoted teams. They are back at the top level, or for some teams it’s their debut on the highest level in their domestic football competition. We took the time this summer to see in which league promoted teams can feel the most safe. So which league has the most staying power for promoted teams? We’ve analysed the performances by promoted teams in the last ten seasons for the 5 big leagues:

Most staying power in German Bundesliga

The German Bundesliga is the only league with only 18 teams from these five leagues, with only 18 teams. The rest of the leagues all have 20 teams. This influences the number of promoted teams. In La Liga, Ligue 1, Serie A and the Premier League, 3 teams get promoted every season. In the Bundesliga two teams get promoted and 1 needs play-offs against the number 16 of the Bundesliga. After checking all number the German Bundesliga proved to be the competition with the highest staying power for promoted teams. 73.9 percent(17 of 23 teams) of all promoted teams over the last 10 years, stayed in the Bundesliga for at least two season. In the Italian Serie A and French Ligue 1 this number is only 60 percent(18 of 30 teams). 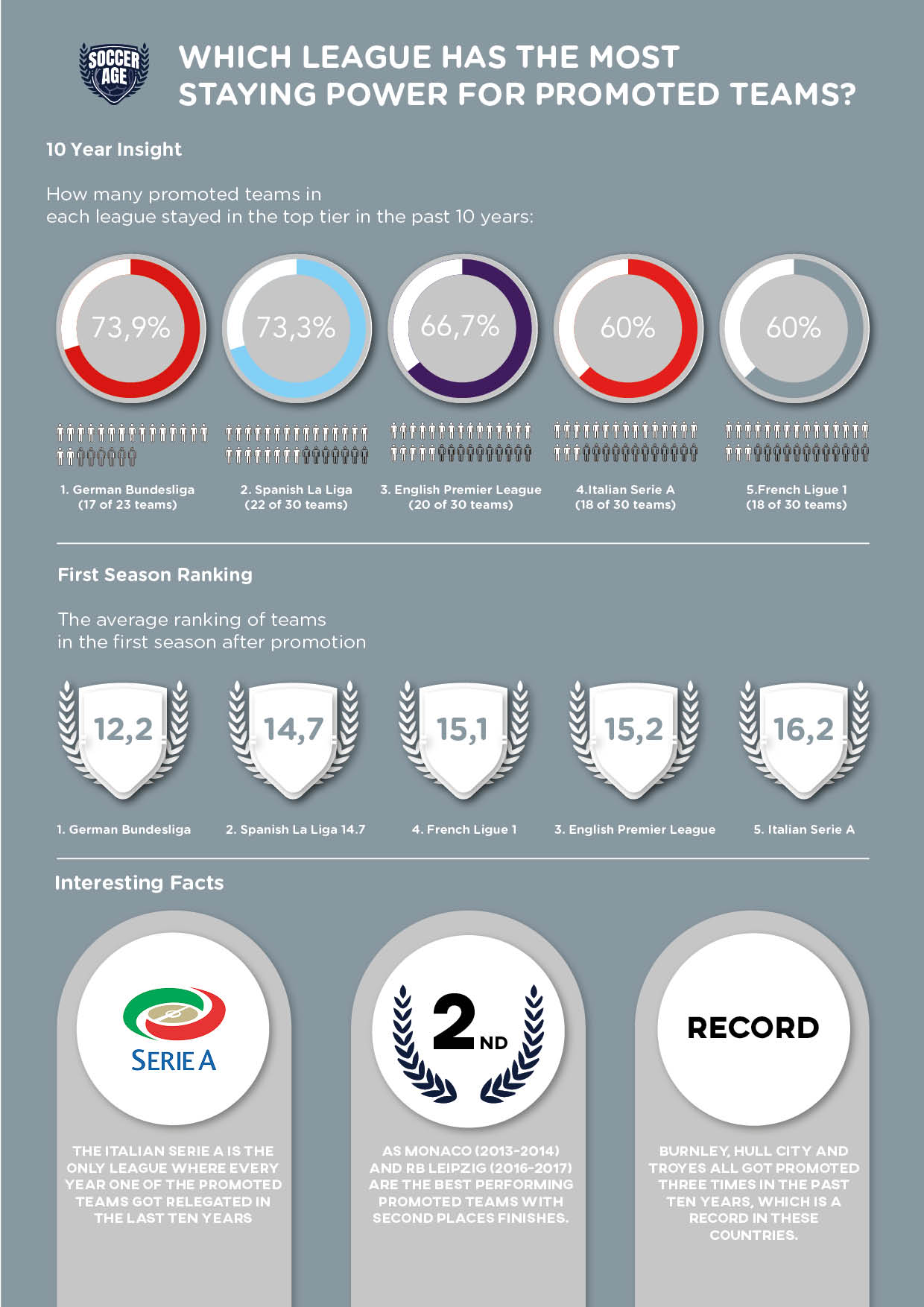