E-sports is on the raise for many years, but it really has taken a flight since the Corona outbreak. Football can’t be played in lockdown, but everybody with a gameconsole can play some Fifa at home. There is one tournament in particular that’s favoured by the betters since there isn’t much else to bet on. The Liga Pro Fifa tournament is the place to go for people who used to bet on football matches. I’ve been analysing the first 55 Liga Pro tournament of this month in order to see if there’s some interesting information in it for the betters. In this post I share my findings with everybody.

For the people who don’t know this tournament I give a brief introduction. Liga Pro Fifa tournament is a league with 17 Russian Fifa players. Every player has his own Fifa Ultimate Team (FUT) with some of the best players from the past and present. They play three tournaments from Tuesday to Saturday and two on Sunday and Monday. Five out of the 17 players participate in a tournament. After they’ve all played each other once, four teams continue to the semi-finals. Because these players are very advanced in FUT, they all created a team around one European football team. From the logo, to the kits and the coach on the side, it’s all based around teams like Liverpool, Barcelona and Ajax. 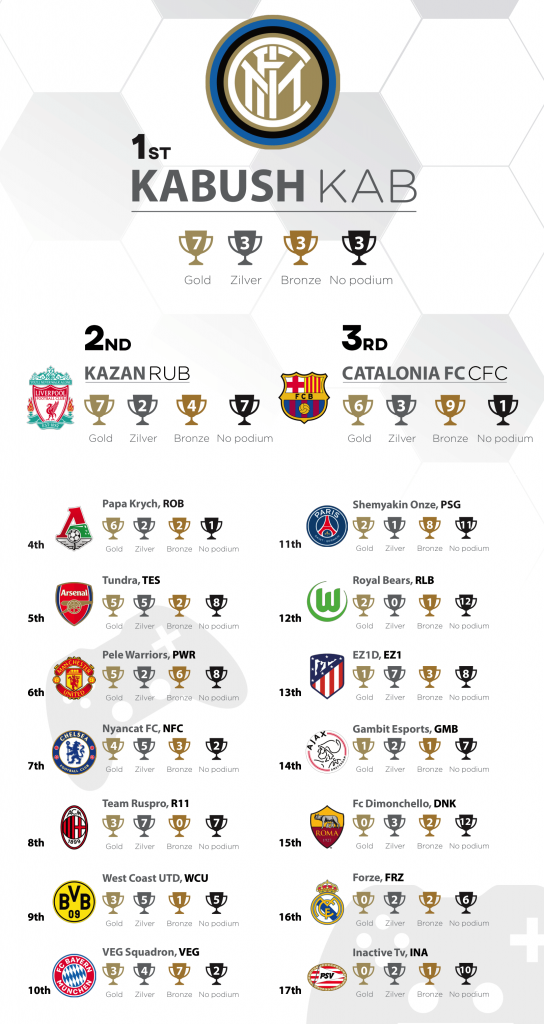 I would like to start with a list of all the tournament winners. This gives everybody an idea who are the better players in this league. In the image above you can see Kabush (KAB) is the most successful player over the first 55 tournaments in May. He won the tournament 7 times and finished 3 times as runner-up. In the other 6 tournament he played, he finished 3rd 3 times and 3 times outside of the podium. Kazan (RUB) also won 7 tournaments, but he finished only twice as runner-up. Catalonia completes the top 3 with 6 golden trophies and 3 silver ones. Three players (Fc Dimonchello, Inactive TV and Forze) didn’t win any of the tournaments they played in. 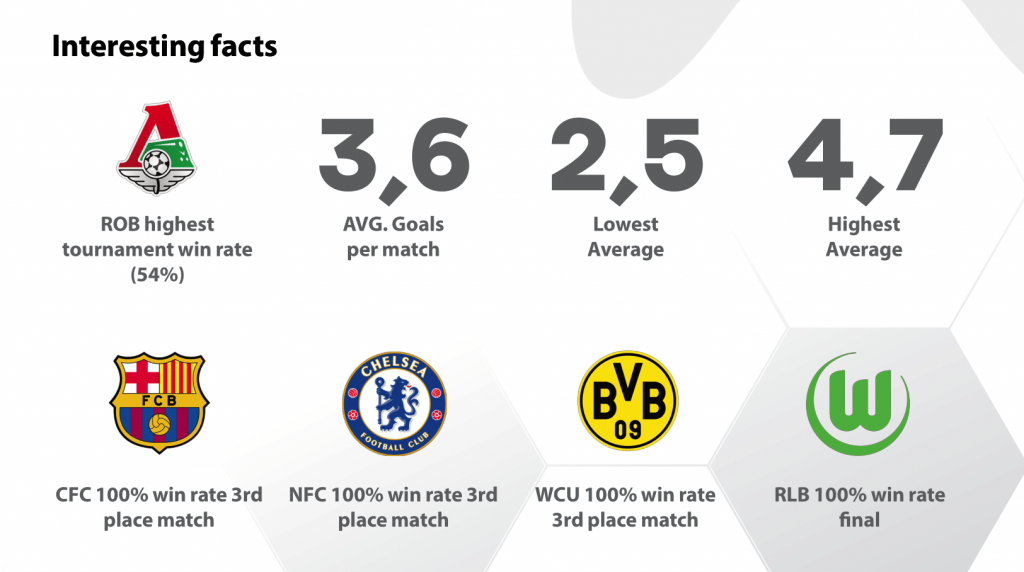 Tips for betting on Fifa E-sports

If you decide you would like to bet on this Liga Pro tournament, these are the tips you should keep in mind.