I think we’ve all seen the very disturbing clips of the killing of George Floyd this week. If you haven’t seen or heard about it, you’ve probably haven’t watched any form of news. George Floyd was an Afro-American man who was stopped by the Minneapolis Police. Derek Chauvin, a white police officer, handcuffed Georgy Floyd and put him lying face down on the ground. In order to keep him quiet, Chauvin decided to put his knee on Floyd’s neck. Floyd repeatedly (15 times) said he couldn’t breath, the officer ignored him and kept his knee there for almost 9 minutes. From which Floyd was unresponsive for the last 3 minutes. People are protesting against this police violence and several football players showed their sympathy with George Floyd.

Schalke 04 midfielder Weston McKennie is one of the first footballers who showed his sympathy on the pitch. He wore an armband with the text: Justice for George. Borussia Mochengladbach striker Marcus Thuram kneeled down on the pitch after he scored his first goal against Union Berlin. Dortmund striker Jadon Sancho made his return in the first eleven. He scored a hat-trick in the match against Paderborn and showed his support for George Floyd by a message on his undershirt. He received a yellow card for taking of his shirt, but he couldn’t be any less bothered. 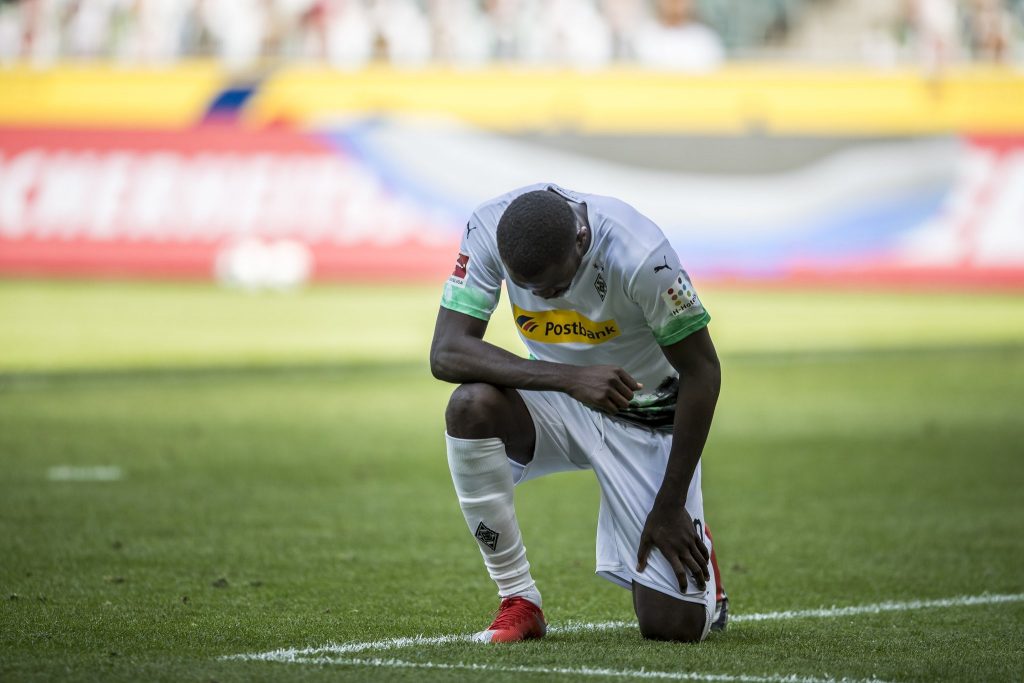 The beauty in this gestures is for me the fact every outing was a different one. Normally you see a lot of forced gestures, and this always seems to be a forced to me. This time every played used his own way of showing his sympathy for Georgy Floyd. This shows it really comes out of the heart of the players. All we can hope know things will chance in the United States and cops stop using their authority to take the life of people.

Video of the Month