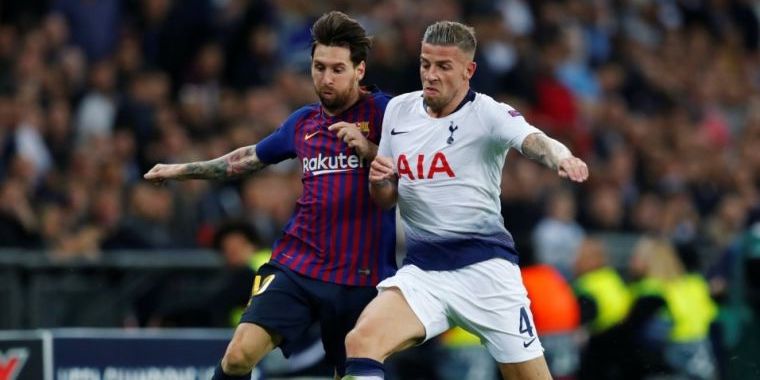 Group A is one of the groups where it’s already pretty clear which two teams will qualify for the round of 32. Borussia Dortmund played this round at home against AS Monaco and won this match with 3-0. The other match in this group was Atletico Madrid versus Club Brugge. The Spanish side won this match with 3-1, but it was Danjuma from Club Brugge with the best goal in this match. Atletico Madrid and Borussia Dortmund both have 6 points and will be the teams to play for the first place.

Group B is another group where two teams are on 6 points after two matches. Fc Barcelona played an exciting match at Wembley against Tottenham Hotspur. The Spanish giant won this match with 4-2. Inter Milan played their first away match of this Champions League season against PSV. The Dutch side took the lead in this match. Inter got saved by the referee who forgot to sent Handanovic of the pitch for a handball. This gave the Italians a boost and goals by Naingolan and Icardi led to a 2-1 victory for Inter Milan.

There are three teams in Group C that can be consider to be reaching the latter stages of this tournament. PSG is the first won and they won in an easy match with 6-1 against Crvena Zvevda. The match between Napoli and Liverpool was heading towards a goalless draw, but in the dying seconds of the match Napoli scored the winning goal. This results brings the Italian side on the top of the group. Liverpool has two matches against Crvena Zvevda upcoming in which they need to make the difference in this group. 6 points in these two matches will bring the Reds close to qualification for the next round.

Group D is one of the weakest groups in this tournament. None of these teams are serious contenders for reaching even the quarter finals. Schalke 04 scored a last minute winner in the away match against Lokomotiv Moscow, bringing the Germans on 4 points. In the other match it was Porto who won the match against Galatasaray. Leaving Lokomotiv the only team without points in this group.

What is your favourite match of the Champions League group stage day 4?