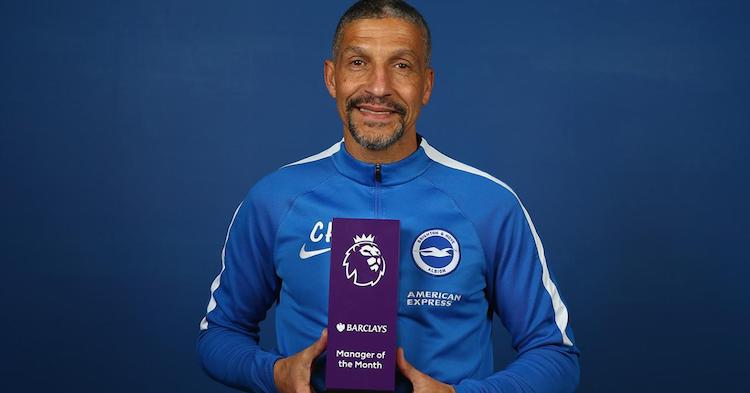 Blacks managers only 1.7 per cent of managers in top leagues

Racism is a big thing in the current society. Covid-19 and racism dominate the headlines these days. The murder of George Floyd by an American cop fuelled the racism debate. We’ve seen Black Lives Matters protests all over the world. i’m a white man and I would like to think there is no racism. But I’m not an idiot and I know racism is still a thing. It’s good that this matter is being discussed now. Even in the biggest sport of the world, it’s still a problem. In this article we dive deeper into the stats of black managers in football.

Raheem Sterling recently started a debate about the lack of black managers. I’m the type of person who likes to see everyone treated the same. So when I hear there’s a lack of black managers at the highest level, the first thing I’m thinking is: maybe there aren’t a lot of black people trying to get the manager job. Then I look at the numbers and I change my mind.

About one third of the football players in the big leagues are black. In the big five leagues (Premier League, La Liga, Bundesliga, Serie A and Ligue 1), Patrick Vieira is the only black manager. If you add the leagues from Ukraine, Holland, Belgium, Portugal and Russia, we find three more black managers. So in total we count 4 black managers in 176 teams. Which means only 1.7 per cent of the teams in the top 10 European leagues, are black. 1.7 per cent. Just let that percentage sink in for a moment. It’s impossible to deny that there is no form of discrimination in football.

Chris Hughton is the best example for my at this moment. He did an amazing job at Brighton and Hove Albion for years. He got then promoted to the Premier League and kept them there for years. One bad year made him loose his job at the end of the 2018-2019 season. Now over a year later, he’s still jobless, even though he’s got everything to do a good job at a new club. I’m really happy Raheem Sterling started this discussion, now it’s up to the boards of the football clubs to do the right thing. People should stop looking at color and only focus on the capabilities of a person.