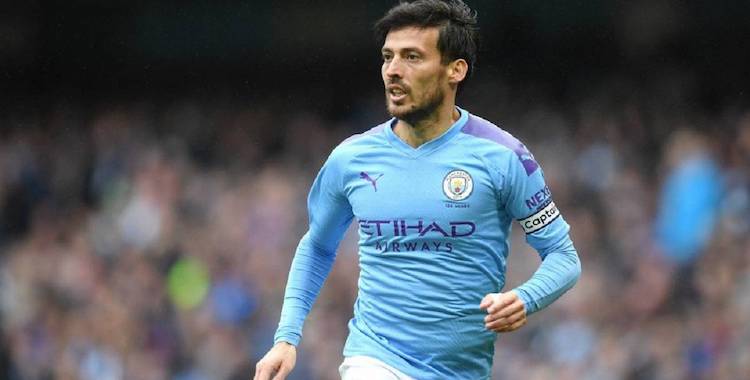 5 Big Name Soccer Players Out Of Contract This Summer

Soccer never really stops. Even when a domestic league has come to an end, there’s usually an international tournament to look soccer players to during the summer. When there isn’t an international tournament, there’s still the transfer market to keep an eye on. Those gaps between seasons are the time of year when teams try to strengthen their lineup for the campaign to come and improve on what they have to improve their prospects next time around.

The most exciting of all the transfer deals in the summer are the ones that involve huge fees. Nothing makes headlines like a big name player swapping one club for another for millions of dollars. This summer it’s likely to be Brazilian international Neymar making those headlines as he departs Paris Saint Germain. He’ll probably be heading back to Barcelona, and the cost to the Spanish club is certain to be more than one hundred million dollars. Not all of the best moves cost big money, though. Summer is also when contracts come to an end, and shrewd clubs can pick up great players for a cost of zero.

There’s no such thing as a guaranteed success when it comes to bringing a player into a team. Even a move that looks great on paper – like Angel di Maria’s move to Manchester United a few years ago – might fail if a player can’t adapt to a new team or a new country, or doesn’t gel with their teammates. For football managers, it’s like playing a very expensive version of casino 2020, where you’ll only get a reward if everything lines up perfectly for you. Perhaps that’s why soccer has been used as the theme for so many of the games you’ll find at online slots websites. You’re not guaranteed a win on an online slots game even if you have two or three of the most valuable symbols on your reels at the same time, and nor are you guaranteed a win in soccer if you have two or three star players – but their presence definitely improves your odds!

Soccer players out of contract

We’ve cast our eye over some of the big-name players who are coming to the end of their contracts this summer, and these are the names that we believe could make a big impact wherever they go.

Although Sergio Aguero and Kevin de Bruyne make more headlines at Manchester City now, and Yaya Toure got more of the glory in years past, David Silva is recognized by City fans as one of the best players the club has ever had. He’ll go down in history as a Manchester City legend. All great stories have an ending, though, and after ten years at the club, Silva has already confirmed that his time in blue is over when the final whistle is blown on this season. At the age of 34, he has nothing left to prove, and it’s doubtful that a major team will come in for him when he has fewer years ahead of him than behind, but he could still do a great job for somebody. His loyalty to City means that he’s unlikely to turn out for any other English Premier League club, so he may go home to Spain to play out his career unless Inter Miami, City’s American sister club, step in to pick him up.

Uruguayan forward Edison Cavani has arguably been under-valued for his whole career, and mostly because he’s been overshadowed by his teammates. Since 2013 he’s been at Paris Saint Germain – joining right at the beginning of the team’s ‘big money’ era – and was immediately overshadowed by Zlatan Ibrahimovic. Since then, he’s been overshadowed by Kylian Mbappe, and of course, Brazilian superstar Neymar. He’s generally viewed as a lesser player than any of the three – which is hardly fair for a striker with a goal average of better than one for every two games. His age probably means that his chance to play in the English Premier League has passed him by, but we wouldn’t be surprised to see up-and-coming Newcastle or Everton approaching him. His most likely destination, though, is Athletico Madrid. The Spanish club was interested in him during the winter break, and that interest is unlikely to have waned since then.

Every big club in the world ought to be interested in Mario Gotze. The 27-year-old German midfielder is approaching the prime years of his career, and he’s repeatedly turned down the chance to sign a contract extension at Borussia Dortmund. That might mean that he’s decided to try his hand outside of his home country while he’s still young enough to do so, and he can probably pick and choose where he goes next. Manchester United are known to be long-term admirers of Gotze, and Chelsea would likely make a strong offer for him too, but Spain might prove to be a stronger lure. Gotze fits the mold of an industrious Real Madrid midfielder perfectly, and if they make an offer, we’d be amazed if he didn’t accept it.

Three years ago, Joe Hart was England’s first-choice goalkeeper and was thought to be one of the best players in his position in the whole world. Now he can’t get a game at Burnley, and since being ousted from Manchester City after the arrival of Pep Guardiola, he’s had a bad time on loan at both West Ham United and Torino. Hart might be 33 now, but goalkeepers tend to play for longer than outfield players. In theory, he should still be in his prime, and if the hunger is still there, he should feel like he has a point to prove. If Burnley isn’t willing to play him it’s hard to imagine there will be too many takers for him in his home country, and things didn’t work out for him in Italy, but perhaps Germany, Spain, or France might prove to be the perfect place for Hart to rebuild his reputation.

Chelsea does not want Brazilian winger Willian to leave. The 31-year-old has been a mainstay of the Stamford Bridge side for many years now and has consistently been one of their best players, but the fact that he’s rejected at least three new contract offers is a sign that he’s decided that seven years is long enough to stay in London. Given his age, it’s probable that his next move will be the last major one he makes, and there’s no shortage of clubs ready to take him on. The rumor that won’t go away is that Barcelona would be interested in acquiring his services if they could get them for free, and Barcelona is a difficult club for any player to turn down. He might only be able to spend one or two seasons with them, but a successful stint at the Nou Camp would be the icing on the cake of what’s already been a great career for the popular player.

Narrowly missing out on our list are Chelsea’s Pedro, Tottenham’s Jan Vertonghen, and PSG’s Thiago Silva – all of whom will almost certainly be seeking new employers next season. There are a lot of great talents about to become available, and it will be exciting to find out who snaps them up!